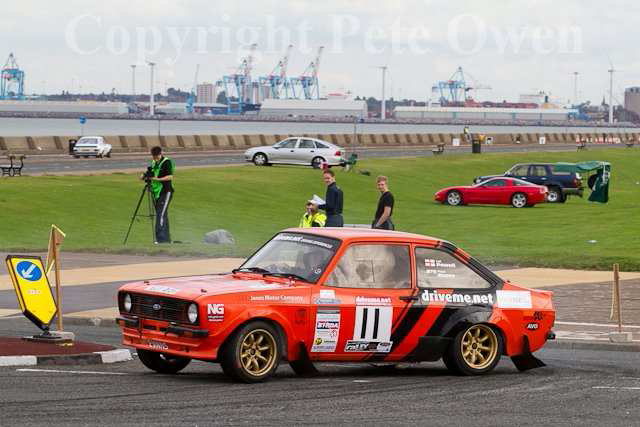 Having now officially been declared as Heart Of England Tarmac Champion and won my class, I have found out that I have since won my class in the ANWCC Championship, won my class in the Anglesey Challenge. All in all I have had a fantastic year and also finished every rally that I have entered.
I have had some really good results this year and the best were 4th overall on Rally of the Midlands, 5th overall on the fantastic Promenade Stages and 2nd overall in the Glyn Memorial 2 day rally at Anglesey.

I have had a lot of help this year from Lol my co driver who has done a fantastic job as it is definitely getting quicker inside the car and Lol is having to shout out the notes a lot earlier now.We are working well in the car and I would say that we have not had many moments in the car this year. I have also had help from Andy and Allan Davies in preparing the car and also support on the rallies keeping the car running. Steven and Paul Turner have been a big help in keeping us all fed and watered and looking after my car, Steve has even co drove for me this year which helped secure points for the championships this year. My brother Gary, Mike Quinn and the mechanics at driveme.net have also played a big part this year and really helped me to a 100% finishing record this year.Also a big mention to sponsors Treatme.net, Driveme.net and new sponsors Jones Motor Company(Used Audi Centre, Llandudno) and Elliott Harvey Vehicle Leasing) and my wife!!!

Plans for next year are a bit vague at the moment hopefully we will be picking some good rallies such as the Agbo Stages and maybe some BTRDA rounds. My car needs quite a bit of preparation such as Engine, Gearbox & suspension checking and rebuilding and some repairs to the body work especially the front valence that got banged quite a few times and the scratches from going through a barbed wire fence on the Patriot Stages!